This paper contains the process of having implemented DART (Dynamic Animation and Robotics Toolkit), an open source physics engine, usually used mainly for robotics, into MABE (Modular Agent-Based Evolution platform), a tool to evolve and analyze digital brains, using C++. This added much desired complexity to the system which allows the Hintze Lab to further research evolution and added new ways in which they can do so. Furthermore, the resulting software package was used to run a series of experiments in this work, which will then be analyzed and compared.

The exchange program with MSU (Michigan State University) allowed me to write my final thesis abroad in East Lansing, Michigan USA, where MSU is located. I had the chance to work full time at Hintzelab for roughly six months, during which I conducted the project and experiments. I stayed on campus in one of the student housing complexes south of campus called Spartan Village. Throughout my time there, while working, I always had contact to the people at hintzelab, mainly Arend Hintze and Jory Schossau, who continuously helped me with any question that I had. All in all, being able to complete my thesis in such an environment was a blessing and I look back on my time at MSU very fondly.

References to external, not self-developed components. 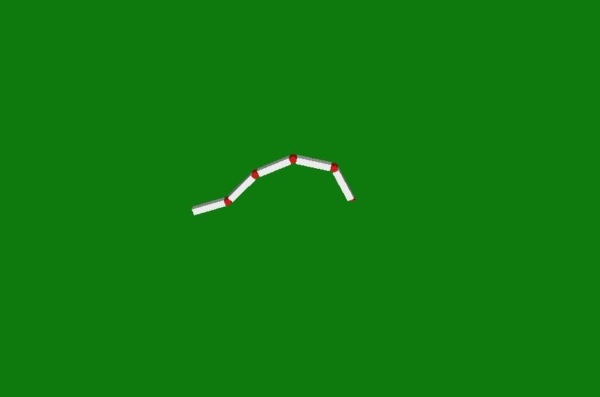 – Picture 1: The “caterpillar” which learns to walk more and more from generation to generation. 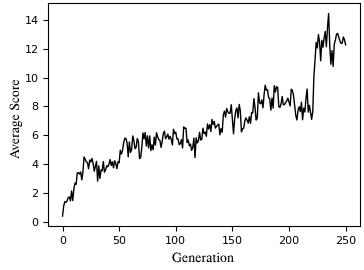 – Picture 2: Graph of the fitness of the caterpillar 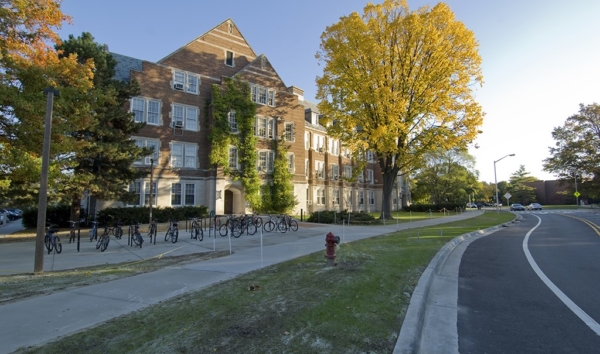 @ips-team2019-08-12T08:50:47+02:00
Page load link
We use cookies to ensure that we give you the best experience on our website. If you continue to use this site we will assume that you are happy with it. By clicking “Accept All”, you consent to the use of ALL the cookies. However, you may visit "Cookie Settings" to provide a controlled consent.
Cookie SettingsAccept All
Manage consent